Every time I’ve started a blog this week I’ve been overtaken and outflanked by that curse of the political classes as defined by Macmillan –  Events.

As the English catastrophe known as “Brexit” lurches from crisis to crisis, many of us look on aghast. I have no idea what form of collective insanity still thinks it is a good idea for anybody but that is a matter for English (and Welsh) voters if that is still their wish. Scottish voters are in a similar position to ourselves in Ireland of course. 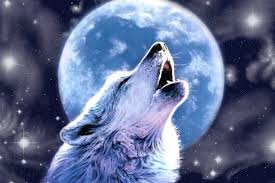 curve over the last two years. Here is a particularly moving example. I’m still not convinced that Brexit will happen at the end of March.

Theresa May has put the option of not leaving back on the table, there may be a second referendum, at the current rate of developments there could be a Coup d’etat, but we will surely see how it all pans out.

For myself, I am very concerned for the people of this Island.  All of us.

Quietly, but with increasing urgency and volume, a coalition has been emerging, united in opposition to this Brexit insanity. It includes political parties representing a majority of voters and representatives of farming, industry and wider civic society.

Meanwhile, the Dup and indeed, wider political Unionism, is busy alienating precisely the demographic cohorts they will need in future elections. In other words, the young, the unionist middle classes, the politically agnostic, and pretty much every single nationalist, of whatever hue or inclination, in these six tormented counties.

Instead, they are reverting to type with the political slogans of the 1690’s, calls for “Unionist Unity” and the old wagon circling instincts coming to the fore. I’m sure readers here will need no interpretation of “Blood Red Lines”, “No Surrender” and suggestions that the EU has signed up with the IRA.

This is Dog whistling of the worst kind which is of limited effect when directed at eejits who are howling at the moon instead of engaging their brains.

I’m going to close this blog with another Macmillan quote from 1962. It’s about a different matter but I trust the relevance to today will be apparent and I have in mind those who have not actively engaged in a political sense until now. More power to them!

“So what did they do? They solemnly asked Parliament, not to approve or disapprove, but to ‘take note’ of our decision. Perhaps some of the older ones among you will remember that popular song: ‘She didn’t say “Yes”, she didn’t say “No”. She didn’t say “stay”, she didn’t say “go”. She wanted to climb, but dreaded to fall, she bided her time and clung to the wall.'”