After a relatively quiet Christmas it’s election time again as things currently stand at the time of writing. 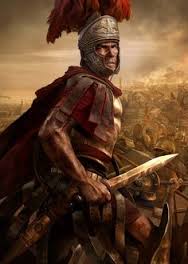 I think it’s time we swung into action again here on the blog.

There is little point in me going over the political analysis as to where we are at, the web and the MSM are awash with that, although my own opinion would be very much that this election has come about as a result of what I would term traditional Unionist behaviours. Arrogance, hubris, triumphalism and entitlement.

Quite simply, I think nationalist inclined voters have had enough.

In a nutshell, as I read earlier in a since re-edited piece in a unionist inclined newspaper – Unionist politicians keep making the same basic mistake of saying no and then having to renegotiate from a position of weakness, inevitably getting a worse deal.

And so to the upcoming elections.

Firstly the reduction in seats from 108 to 90. This will affect both the last elected candidates last time round in particular and will influence the number of candidates selected by the parties. The obvious immediate effect will be to increase the quotas for each seat.

Secondly, the dynamic in this election will be crucial in terms of the response by the electorate:

It’s early days and anything could happen but I’m preparing a constituency analysis of the possibilities.

In the meantime, here are last Mays results again as a reminder along with some comments.

Belfast North – SF elected first, everyone else on the 11th count!

East Antrim – Final seat will be likely between SF and DUP

Fermanagh & South Tyrone – As always a fascinating constituency but SF made a complete mess of this last may by running 4 candidates, if they run three they could win 3

Strangford – Two words – Jonathon Bell, will he stand and if so on what platform and at whos expense (DUP)?

In Conclusion, there are a lot of variables and unknowns as well as few twists and turns ahead no doubt. I don’t doubt that the DUP will try to return things to the “vote Arlene and keep themmuns out” narrative of the last election. That has already started.

My own instinct is that this time may be different.

Faha is preparing a detailed analysis for the constituencies and this old blog will be cranking up a few gears in the weeks ahead.