In the previous 2 weeks there has been much publicity over the pending part 2 negotiations between the EU and the UK government. The 3 issues that needed to be resolved before moving from part 1 to part 2 were the size of the UK monetary settlement that the UK would owe to the EU, EU citizen rights within the UK, and the nature of the border between the Irish Republic and Northern Ireland. 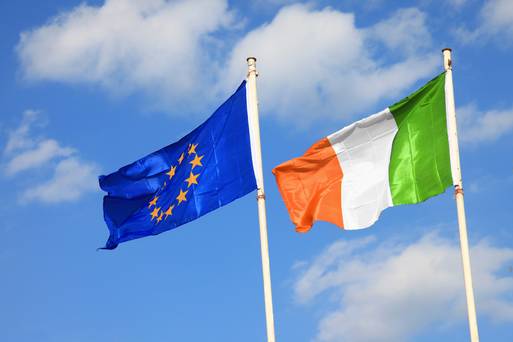 The Northern Ireland-Irish border proved to be the most contentious issue but after much controversy the issue was fudged and negotiations will proceed from part 1 to part 2 next week.

What received little publicity during this past week was the release of a Lucid Talk poll on Brexit and a Border Poll. A previous poll on this had been done in October so why was another done so soon? Apparently the GUE/NGL group within the EU parliament commissioned Lucid Talk to conduct a poll on Brexit and a Border Poll in order to determine the current views of Northern Ireland voters on these issues. The EU needs this information in order to develop a negotiating strategy based on the wishes of the population of Northern Ireland. What the EU already knows is that Northern Ireland, in the June 2016 Brexit referendum, voted 56% Remain and 44% Leave. Apparently they wish to confirm if there have been any changes in the view of Northern Ireland voters.

The poll was commissioned by the GUE/NGL parliamentary group and conducted by Lucid Talk. Over 3,000 voters from the Lucid Talk panel responded and a final total of almost 2,100 was included based on the demographics of Northern Ireland. The following were some of the more significant results.

One question asked was whether Northern Ireland should have a special status which would include remaining in the EU Customs Union and EU Single Market. The results for all voters were:

A question on a Border Poll was also asked. Voters were asked how they would vote if there was a Hard Brexit with no deal on the Border or the Good Friday agreement or citizen (? EU citizen) rights. The 2 choices were Remain in the EU by joining the Irish Republic in a United Ireland or Leave the EU and stay in the UK. The results were (excluding nonvoters)

Leave the EU-Stay in the UK

What is remarkable is that there is a plurality of 2.5% who are in favour of a United Ireland with a Hard Brexit. No previous poll in the previous 100 years has ever shown this result.

What are the implications of all of this?

Now it is true that if the UK did agree to allow Northern Ireland to remain in the EU Customs Union and Single Market that the DUP would strongly object and threaten to withdraw their support for the Conservative government and thus collapse that government. However, if that occurs then a Border Poll should be called. A Border Poll may be the best options if negotiations are deadlocked over a final agreement. The EU, Republic of Ireland and non unionist Northern Ireland parties should not allow a DUP or unionist veto in any agreement.