A Guest blog by Sammy McNally

With no book to hand on my recent EasyJet flight from Split in Croatia, I reluctantly reached for the in-flight magazine (EasyJet Traveller).

July’s in flight magazine was however, a damn good read  – with interesting, well written and informative articles about those cities and countries to which easyJet delivers and collects its tourist cargo. 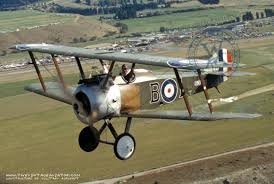 …….and each month they pick a few destinations which they major on – places which presumably are at their best or have something special to offer in the month/season that’s in it.

In Northern Ireland of course, the month of July heralds the marching season, about which the Easyjet mag informed us ‘hundreds of colourful parades take place across Northern Ireland on the 12th July bank holiday to commemorate the 1690 Battle of the Boyne’.

As the plane rose over Croatia and made its way northwards over the former Yugoslavia I couldn’t help but ponder if easyJet also covered other ‘festivals’ which both ‘celebrated’ and exacerbated ethnic tensions – perhaps August’s or September’s Monthly issues covered ‘celebrations of culture’  when perhaps ethnic tensions between Serbs and Croats reaches a crescendo and tourists can enjoy the spectacle of thousands of police officers on the streets – and the novelty of blocked off residential areas –  with a more than an even chance of some good old fashioned Balkan rioting?

(Although I stand to be corrected, I think our Balkan friends may well have moved on – and are trying to put the past behind them – not something the Orange Order could be reasonably accused of).

To be fair to easyJet, there was a coded message which they implanted at the end of their promo piece which stated ‘just check ahead for travel disruptions and advice’………..perhaps attempting to cover themselves in case of complaint from travellers –  though arguably they should have also added ‘and make sure to check the local news to ensure you are not caught up in a sectarian  riot’ or perhaps they should have warned that those travellers who have a dislike for ‘celebrations of culture’  – which in many instances are about stirring up ethnic and religious tensions –  should give the parades a wide berth?

Given that over 40% of the people in Northern Ireland itself probably could not agree with the contention that the parades are ‘great to watch’ I suspect that a significantly higher proportion of EasyJet travellers (if they understood the ethnic, religious and cultural context within which the marches took place) , would also feel disinclined to be enthusiastic about ‘celebrations of culture’ which require stringent legislation and policing to keep their sectarian trappings and supporters under control and which also contribute so negatively to community relations in Northern Ireland.

Update: Below are the e-mail communications between Sammy and Easyjet with names redacted for privacy purposes BD.

We rely on an external network of writers, based in each of our 130+ destinations, to provide the recommendations for our destination guides. These writers are always locally based and are respected journalists in their community and it’s their expertise and on-the-ground knowledge that makes the content of our guides so useful.

In this instance, the author of our Belfast guide felt the event’s inclusion was of cultural interest to our readers, however, we understand the sensitivities around the event – not least the activities that take place away from the parades and can only apologise for it not being spotted at our normally rigorous editorial sign off.

Can you confirm that in future editions of Traveller, assuming the sensitivities surrounding the parade and the activities that take place away from the parade remain – that you will not be including such recommendations for travellers in future years?

Yes, I can confirm that we will not be including such recommendations in future.