Analysis of the remaining 9 constituencies for Thursdays poll as promised

SF won here in 2017 with 47% of the vote. Based on the Council election they should maintain that percentage. The UUP, Alliance and SDLP percentage will be up and that of the DUP will be down. 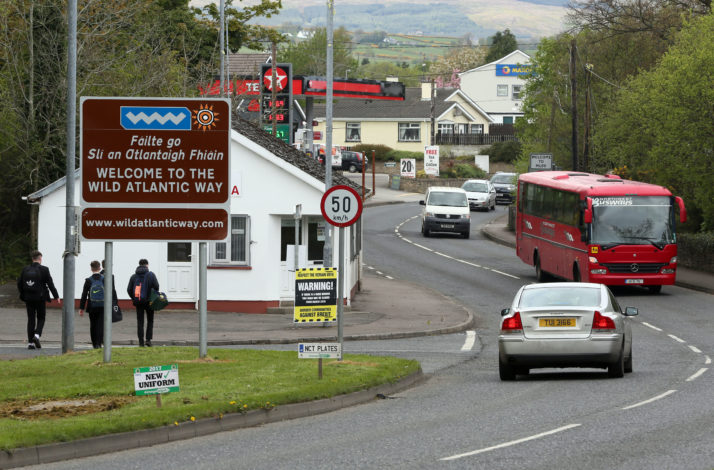 SF will easily win here, though Council election results suggest their vote will be down. The SF vote was 54.5% in 2017 and may only be 50% with an increase in the SDLP vote.

SF won with 48% in 2017 and Council results indicate it should be at least 45%. The overall unionist vote will be down, as there are almost 3,000 new voters on the register, few of whom will be voting unionist. The SDLP vote should be up.

Ian Paisley Jnr. won with 59% in 2017. The TUV and UUP received only 7% each. I expect the DUP vote to be down dramatically.

The DUP only received 30% of the Council vote with the TUV and UUP each at approximately 16%. The TUV is not standing for Westminster.

However, Ian Paisley was suspended from Westminster a year ago and with the low DUP Council vote I expect his vote to be only in the 40% range. He may pick up some of the TUV Council vote as well as some independent unionist votes but it is likely that the UUP vote will be up, possibly as high as 30%. Not enough to win.

Gregory Campbell of the DUP won with 48% in 2017. His vote will be down in this election but should exceed 40%.

This is a constituency where a Remain pact could have defeated the DUP as the non unionist vote in the Council election was 46%.

David Simpson of the DUP won here in 2017 with 43.5% of the vote. He was not selected for this election due to a scandal and Carla Lockhart, a DUP MLA, will be standing.

The decline in the DUP vote, noted in the Lucid Talk poll, suggests the DUP vote could decline to 35%. It is unlikely that the SF vote would increase to that level to defeat the DUP but here could be some tactical voting for SF from SDLP or Alliance voters.

Unionist turnout has historically been much higher than nationalist turnout here. To illustrate this the current electorate of 83,000, based on demographics, would be 42,000 unionist and 41,000 nationalist or Alliance with 100% turnout.

In 2017 30,000 of those unionists voted versus only 21,000 of nationalist and Alliance voters. Unless this changes in this election SF will be unable to overtake the DUP.

Always a close contest between SF and the unionist candidate here. SF won in 2017 by 875 votes.

There are 2,200 new voters on the register (1,200 added in November) and these are likely to be younger Remain voters. Tom Elliott of the UUP appears to be in the Leave camp.

Unionist turnout will be down here due to Brexit. Whether the new border is a hard border with the Republic or it is in the Irish Sea it will be devastating for unionist farmers. It is unlikely that they will turn out and vote to support their own bankruptcy and loss of their farms.

SF won this seat in a major upset in 2017 by only 169 votes. This seat will likely revert to the SDLP in this election. The Council results in May were approximately:

The SDLP had a 5% lead over SF. Since Aontu and PBP are both competing the only uncertainty is where the 10% received by other nationalists will go.

In looking at the transfer pattern for those other nationalist it appears that the SDLP and PBP received more of those transfers than SF.

There were 1,600 new voters added in November and these are likely to be younger voters that would favour SF or PBP. However, I expect that the SDLP will win here by 5%. There may be a few tactical votes for the SDLP from Alliance and UUP voters which did not occur in 2017.

South Down: Too close to call between Sinn Fein and the SDLP

There were some interesting changes here between the 2015 and 2017 election.

The SF vote held up well in the Council election at 34.6%. There was 8.6% for independent nationalists so the SF vote should be in the 38% to 39% range. Aontu received 2.5% and are competing.

The SDLP only have a chance if some Alliance voters vote for the SDLP. There are also an estimated 2,000 to 3,000 unionist voters who are Remain voters and some may vote for the SDLP in this election.

SF have a slight edge but it should be closer than the 2017 election. The SDLP can only win with tactical voting by Alliance and unionist Remain voters.

Overall I expect a SF loss and SDLP gain in Foyle. There is a small possibility of a SF upset win in Upper Bann and a SDLP upset win in South Down.