LucidTalk conducted a poll of Northern Ireland voters and their Westminster voting preferences from October 30th to November 1st. The poll was commissioned by Electoral Calculus and Remain United.

I will discuss some of the findings in this poll.

There were 2,273 respondents and they were asked about their likelihood of voting on a zero to 10 scale with 10 being absolutely certain to vote. This question is often asked by numerous polling companies for Westminster and other elections.

The predicted turnout is always much higher than actual turnout. This may be due to the fact that those who participate in polls are more politically engaged than the average 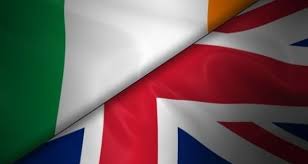 These are the differences by various subgroups:

It appears that nationalist and Alliance voters are more likely to vote in this election. This would be a reversal of the historical pattern where unionist turnout is higher than nationalist or Alliance turnout.

Voters were also asked which party they will vote for in the election. This included all respondents, not just those who were 100% certain to vote.

After excluding non-voters and those voters who stated they will vote but are Undecided these are the results.

There have been some new developments since this poll was conducted. Sylvia Hermon will not be standing and the TUV are not contesting any seats. The Green Party is not contesting any of the Belfast seats nor North Down and will contest only 3 seats in total.

I estimated the December 2019 electorate based on the 2011 census and added in all new voters and subtracted voters who have died since then. I also adjusted for EU nationals and others (military) who do not vote in Westminster elections. This appears to be the demographics of that electorate

The LucidTalk poll had 22% of their respondents as None/Other. This may be due to the increasing secular nature of voters. None/Other have a 20% higher preference for Alliance- Green candidates so this influences the results. Voter preferences were given by religious background.

If the electorate is identical to the census projection and taking into account the fact that Catholic voters are more likely to certainly vote then the actual electorate that votes would be:

As with any estimate there is a significant margin of error. However, it does appear that there will be a large drop in the DUP vote and a lesser decline in the SF vote. Both the Alliance and SDLP vote will be up significantly.

There will be another LucidTalk poll conducted at the end of November. Now that all the candidates are known the results will be different.

The 5% of the vote that currently goes to Sylvia Hermon, the TUV and the Green Party will go to other candidates.

Full list of candidates by constituency is available Here (BD)